Flat wound, Half wound and Round wound strings

Flat wound, Half Round wound and Round wound strings: we analyze the tonal characteristics, the uses and the advantages and disadvantages, for both bass and guitar.

String types: Flat wound, Half wound and Round wound

Flat wound, Half Round wound and Round wound strings are long forgotten string options. But these days, flat-wound strings have become the sensation of the moment. Many bassists and guitarists are discovering Flat wound strings, and appreciating their unique tonal characteristics. Thus, they have gained strength in the music scene.

Among guitarists, “roundwounds” have always been the predominant choice. The use of the “flats” was for jazz players and some guitarists looking for a softer, sweeter, and round audio.

On the other hand, for bassists, contrary to what the vast majority believe, Flat wound strings were the only option in the 50’s. It was only in 1963 that a British guitar and bass string manufacturer, Rotosound, commercially developed the first round wound bass string. The objective of this type of string was to increase the high tones and shine in the bass.

Initially few bassists used this type of strings, but little by little it was gaining followers. It was only in the 1980s that the Round wound string became the predominant choice, being the standard string in the industry.

Flat or flatwound strings are a hexagonal or circular core wire, which is wound with a flat stainless steel or nickel tape. Most of these types of strings contain a high carbon content at their core. Finally the outer tape is polished and smoothed.

Tonal characteristics of the strings

The profile of the winding cable or tape used on the string affects the tone and feel of the player when playing.

The round wound strings offer a brighter tone, highlighting high frequencies and have more attack and more sustain. It could be said that they have “annoying” audio. They also generate more string noise due to their texture.

Half-round wound strings have warmer audio because the strings are wound round, but are then polished smooth for a smoother feel. This reduces “string or finger noise” when changing chords or moving along the fretboard, while preserving some of the sound qualities of the round wound string. It is an intermediate point between the Flat and the Round wound.

Flatwound strings offer the warmest, deepest, dullest and softest sound. Its stiffer structure offers less sustain, the sound decays faster than with other types of windings. It is a more classic tone, more vintage in what is the bass and the jazzy guitar. Flat winding cable or tape provides a smooth surface, virtually eliminating “string or finger noise”.

For guitarists, “Flats” are used for jazz and when looking for a round, smooth and dull tone in which lack of sustain is not a problem.

For bassists, these strings are great for any style, such as jazz, blues, and rock, it can even be used for modern rock. Also perfect for fretless basses, this combination is ideal for emulating double bass audio. Also the combination of the “Flat” with a Fender Precision Bass is highly recommended.

Advantages and disadvantages of each type of leather

Flat strings wear less frets and fingerboards than round wound strings. Being smooth, the friction of the strings against frets and fingerboard is smooth. They also last much longer, inclusive, many believe that with use, they sound better and better. This is due to its smooth surface that prevents the accumulation of dirt on it.

As a counter face, this string is considerably more expensive than the Roundwound, but that is more than offset by the greater durability of the string, frets, and fingerboard.

It was rumored that James Jamerson, who used flats on his Precision, never changed them.

As for their disadvantages, they have higher tension, which makes it difficult to keep them in tune. The “Round” are friendlier in the task of preserving the tuning.

Conclusions of the types of strings

Each type of string has its distinct tonal characteristics, practical advantages and disadvantages.

Which is better? It’s a matter of taste, there is no better or worse. If you prefer good attack, definition, brightness and sustain, whether on your guitar or bass, the traditional Round wound is the option today. On the contrary, if you are looking for a deeper, opaque and round audio and you are not affected by having little sustain, Flat wound strings are the ideal option. Halfway there you have the option of the Half-round wound.

What is your preferred option? Do you dare to try something different? Leave us a comment and tell us what you think about the different types of strings and your experiences.

Related Articles: Top tips for improving a cheap electric guitar. We also recommend that you study the names of the guitar strings. 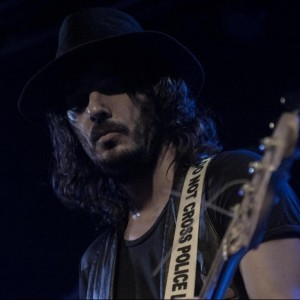 I'm the Basses Editor at Guitarriego. I have a vast experience of 30 years playing the bass. I am a music and bass teacher. I was the bass player for Don Adams, Monovision, La Quimera, among others, with whom I recorded several albums and played in large stadiums at international events. Currently my band is Boxes where I am the vocalist.

Easy songs to learn to play on Ukulele for beginners

Guitar history: from spanish and classical to electric guitar

10 facts about the guitar that will blow your mind